From 1994 to 2000, Cees Mulder worked as an acoustician for the Philips international projects division. With support from his mentor Stefan de Koning (one of the inventors of the Philips MCR system at the Philips Research Labs), he specialised in reverberation amplification systems, a method for creating variable acoustics using electro acoustic means. Furthermore, Cees Mulder worked as an electronic engineer at D&R elektronica (mixing consoles) and as an acoustician at Peutz consultants (1993-1994) and LBP consultants (2000 to 2006). Since 2006 he works as independent consultant and as such he is amongst others since 2009 responsible for the acoustics at Sala Palatului in Bucharest, Romania, for the biannual Enescu Festival. At the 2015 edition he was even appointed by Kristian Jarvi, the conductor of the opening orchestra, as assistant to him for balancing the orchestras sound.

Cees Mulder's first collaborated with Kahle Acoustics in the spring 2010 when he worked on how to improve two theatres in Toulouse, France, for opera productions' sustainability: he created a reverberation amplification system in order to make the hall's acoustics suitable for opera. Then, in the Netherlands, he worked on the Dutch Hermitage Amsterdam “Kerkzaal” or church hall, participating into the elaboration of new flexible acoustic solutions for concerts by the Amsterdam Sinfonietta. In 2013, Cees worked on a temporary hall called Zuiderstrand Theatre Scheveningen, The Hague, which will host both the dance company and the orchestra of the city. Cees' role was to optimize reflections by architectural means and give specific recommendations for an electro acoustic reverberation system. In parallel, Cees collaborated on Shandong Grand Theatre in Jinan, China, Scala Kortrijk, Belgium, and he was a member of the design team for the Spuiforum project at The Hague (concert hall, dance hall, conservatory). In 2014, Cees worked with Eckhard Kahle on the Stockholm Konserthus, designing and tuning another reverberation amplification system to compensate acoustic transmission losses created by the technical false ceiling.

He completed a mission for the acoustic renovation of the main hall (combined drama hall and concert hall) and the renewal and expansion of the orchestra rehearsal room at the Maastricht theatre, The Netherlands, also home of the Philharmonie Zuid Nederland.

Cees is an active member of the Dutch Society for Stage Engineering (VPT), noticeably contributing to the Theatre Buildings and Sound Design — dedicated seminars. He taught acoustics and audio electronics at the Theatre Academy Amsterdam for over ten years and now teaches acoustics at Antwerp University, faculty of design science, architecture department, and at the Karel de Grote Hogeschool, Antwerp, multi-media department.

Born in 1967 in The Netherlands, Cees Mulder studied electronics at the Hogeshool Utrecht (University of applied Science) where he obtained a bachelor's degree in 1991. He then followed post-graduate courses on sound balance at the Royal Conservatory at The Hague (Netherlands), on acoustics (Antwerp, Belgium) and electromagnetic compatibility (Eindhoven, The Netherlands). In addition to his technical education, Cees supports theatres by mixing sound for music and speech performances. He also acts as a sound engineer for music recording studios. 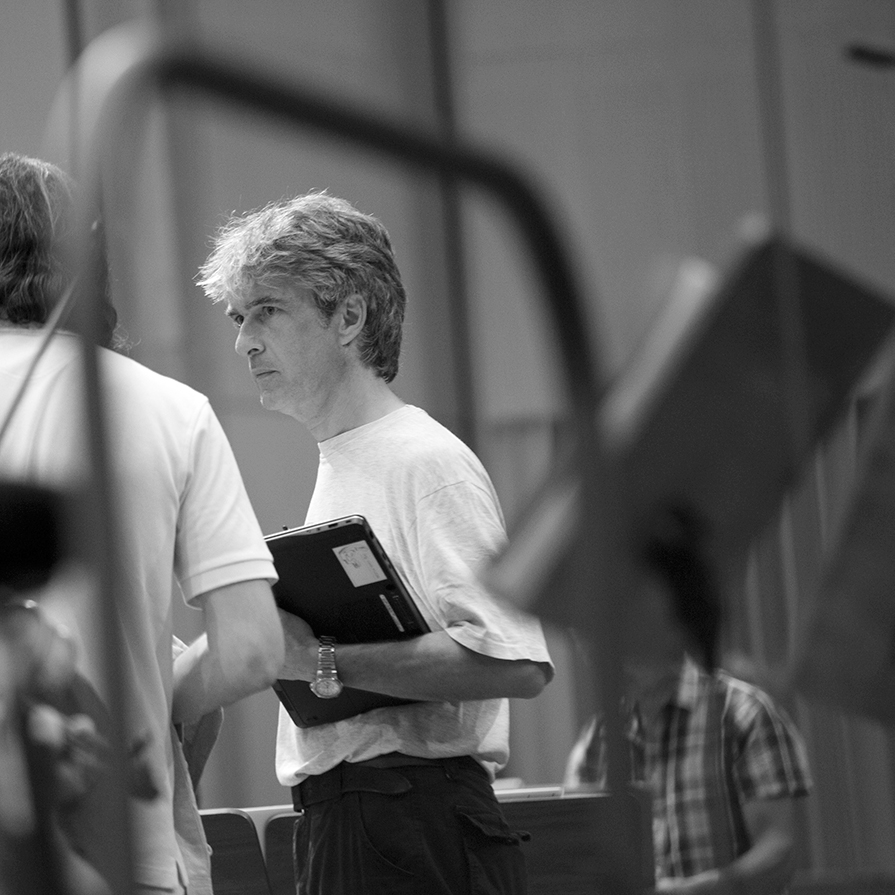 Cees Mulder at the Enescu Festival in 2017.